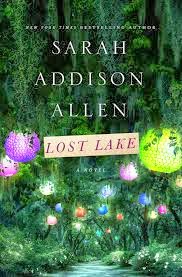 
Kate Pheris spent the last year in a daze after the death of her husband.  She wakes up to find that she has basically turned over control of her life and care of her daughter to her mother-in-law.  Unable to cope with doing anything else, Kate starts sorting through items in the attic in preparation for moving into her mother-in-law's house. While in the attic, Kate comes across a postcard from her Great-Aunt Eby.  Eby and her husband owned a lakeside resort called Lost Lake in Southern Georgia and Kate remembers spending her last happy Summer there.  On impulse, Kate decides to take her daughter to Lost Lake for one last happy Summer.

Eby Pim has finally decided to sell Lost Lake to a developer. Her resort is falling apart and she can't afford the upkeep.  Visitors have dropped off over the last few years and Eby has decided it is time to go out into the world again.  Once word gets out that Eby has decided to sell, longtime visitors and locals begin to show up for one last party and to let Eby know how much Lost Lake has meant to them.

In these last days at Lost Lake, Eby and Kate will find out a lot about themselves and about the many people who have been touched by this magical place.

I will admit that I am already a fan of Sarah Addison Allen. I have read all of her books. I have to say this is my favorite so far.  There is a melancholy to this book that wasn't present in Allen's other works. She still includes a touch of magical realism which I always enjoy.  Although I don't consider Allen's work to be great literature, they are perfect cozy feel-good reads. The stories are lovely and offer a nice dash of escapism. Allen also has a gift for creating compelling characters.

BOTTOM LINE: Highly recommended. This is probably Allen's best work to date.  Curl up next to the fire with this cozy read that will almost assuredly make you feel good.
Posted by Amy M. at 9:21 AM No comments:
Labels: Book Review 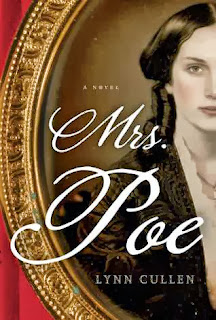 Like so many others, I am a long-time fan of Poe's work. However, I know next to nothing about his personal life.  Edgar Allen Poe has been back in the public eye again thanks to tv shows like THE FOLLOWING.  So, I was intrigued when I received a copy of MRS. POE by Lynn Cullen.

Poet and children's author Frances Sargent Osgood has been abandoned once again by her errant artist husband.  She and her children manage to find sanctuary with her friends, the Bartletts.  (of BARTLETT'S FAMILIAR QUOTATIONS fame)  Osgood struggles to make a living with her poetry but all anyone wants to read are macabre stories and poems like the ones by new sensation Edgar Allen Poe.  On a visit to a literary salon one evening, Osgood finally meets the great man in person.  Along with his young wife, Virginia.  After this initial meeting, Osgood continues to run into Poe and befriends Virginia who seems to be sickly and isolated.  The more time that Osgood spends with the Poes, the more she finds herself drawing closer to Edgar.  As their relationship deepens, Osgood starts to believe that not only does Virginia know what is going on but also they she may be trying to kill Frances.

Based on the true story of this infamous love triangle, Cullen gives us a glimpse into the private lives of Osgood and Mr. and Mrs. Poe and speculates on the nature of the relationships between the three people. A variety of famous people show up in the story such as Samuel Morse and Herman Melville which offers a bit of fan. Overall, however, the story is dark and tragic.  I was so intrigued by this love triangle that I went and did a little more digging into their story. Once you know what really happened to everyone, the story becomes even more tragic.

I felt the story was a little slow at times and the threat of Virginia felt a little forced sometimes.  However, the relationships were really intriguing and I liked the intimate look into the private life of Poe.  It definitely got me interested in knowing more both about Poe and his wife and also about Osgood.

BOTTOM LINE:  Recommended.  Although it can be a bit slow at times and the suspense seems a little contrived, I think readers will enjoy this look into Poe's private life as well as the recognizable cast of characters that fill the background.

Posted by Amy M. at 9:07 AM No comments:
Labels: Book Review 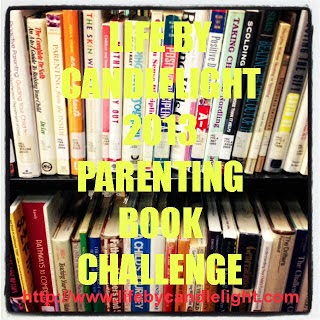 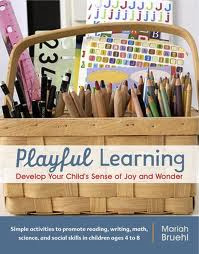 I'm a little behind with my reading because I had trouble getting some of the books at the library.  So, this month, we'll have something that isn't a straight read but more of a reference guide. I'm always looking for ways to encourage a love of learning in my son. I'm hoping this book could help with that.
Posted by Amy M. at 2:23 PM No comments:
Labels: parenting book challenge 2013 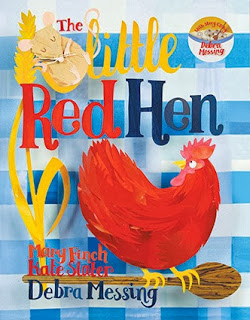 I have been anxiously awaiting the new Barefoot Books release of THE LITTLE RED HEN. I have always loved this story although my son has always been troubled by the ending of the traditional tale.  He would prefer that everyone become friends in the end.  In this new version of the classic tale, the animals come together in the spirit of cooperation and the naughty rooster and mice have the opportunity to mend their ways.  With gorgeous illustrations made from collage elements strung with wire, this little book is a feast for the eyes.  Kate Slater, a papercut artists, did a beautiful job! 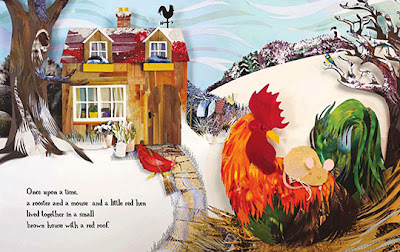 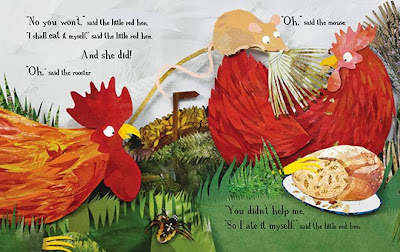 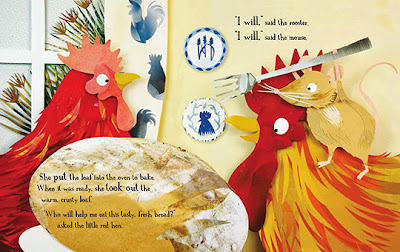 The books also offers a little nod to the Farm-to-Table movement which is particularly big where I live in Northern California.  It even includes a recipe for baking your own loaf of bread! And to top it all off, the hardcover and paperback versions both come with a story CD read by Debra Messing!  The CD has two versions: one with page-turn chimes and one without.  My son loves books with CDs. He has a whole collection and will often go in his room, pick a book and put a CD on his CD player for his quiet time.  Although this book is geared to ages 3 to 7, I think it's great for any age.  The hardcover version is $16.99 and the paperback version is $9.99. You can also get the paperback without a CD for $7.99.  I'm ordering several of them for Christmas presents!

To find out more about THE LITTLE RED HEN, go here.

(I am a Barefoot Books Ambassador but all opinions are my own.)

Posted by Amy M. at 9:11 AM No comments:
Labels: affiliate, barefoot books ambassador, children
Newer Posts Older Posts Home
Subscribe to: Posts (Atom)
Welcome to Life by Candlelight. This is the home of the "BOTTOM LINE" book review! I've been blogging since 2003 and have worked in public and privates libraries since 2000. Find tidbits about my life, book reviews and other things currently whirling around in my brain. Unless otherwise stated, all books are either library or personal copies. I specialize in contemporary literary fiction with the occasional children's book review.